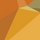 My 2 year plan expired the first of may so i called in to see what kind of deal i could get to renew. After 1.5 hours and 3 redirects i finally connected. (what a waste of my time). TELUS is offering gig internet for 89 if you have another TELUS service. My mobile phone plan is through TELUS but is corporate but i thought maybe my ADT security plan would work. Apparently it doesn't qualify so the best i could get was 99. I don't know why TELUS doesn't seem to be very connected with adt. They talk pretty good on their website but the TELUS people don't know anything about adt in reality. But that's ok. The problem i had was the loyalty person said i was eligible for a free internet camera. I like free stuff so i said ok. She then said for 3.00 i could get two more devices. Turns out 3.00 per month. I don't need more security gadgets so i said no. As we were finalizing things she told me there would be a 100.00 charge on my bill that would be refunded when i signed up to use the camera. Turns out to get the free camera i had to sign up for a security plan. All apparently for free until the two years are up. When i found out the camera was anything but free is said i didn't want it. This seemed to cause the lady some grief as she had already put it through. Anyways i left feeling like TELUS and their loyalty program was nothing more that another was to try and sell me stuff i don't need and worst of all through what i think are under handed tactics. Some free camera. I would suggest if TELUS is really interested in my loyalty this kind of stuff just doesn't cut it. Poor customer service (1.5 hours is ridiculous) and back door sales tactics, has made me anything but loyal to TELUS.