I know there's another thread on the Gmail migration and Outlook 2016 but we now use Office 365 and none of the Telus links include Outlook 365, they latest on them seems to be 2016.

I'm doing the changeover Friday, will be doing my wife's next week; am I going to have to spend hours on the phone with tech support each time or has Telus got things figured out better now that they've been at this migration over a year.

Really am not looking forward to this ...

Someone was able to get this to work:

Thanks, will read up before I go through all the BS.  😕

I thought I could make the changes in Outlook by going to ACCOUNT SETTINGS, SERVER SETTINGS but not so.
Had to phone tech support who told me that even though I changed the settings there to IMAP I was actually changing the POP settings, so every time I did a send/receive I would get a **bleep** load of OLD emails but no new ones, so I ended up with hundreds of old emails.  Luckily I made a backup of my original pst file on a thumb drive.

So the tech support guy was in India and was a little  to understand but he was excellent, really new what he was doing.  He took control of my computer, deleted the new pst with the hundreds of old emails on the HD, deleted my email account and set up a new one as IMAP using my backed up pst.

I ended up with 2 profiles, an old one with all my old email folders and a new one with the usual built in Gmail folders and my new emails. He moved my old folders to the new profile which was great but I still ended up with 2 profiles in Outlook.
Then he made a new pst backup, deleted my 2 profiles and created a new one using the new backup.  He was VERY good, really new his stuff, in total it took just under 90 minutes, I was very happy.

Later I noticed some of the emails in my inbox were showing as received today but in the actual email itself you could see they came a few days ago, couldn't figure it out.
Called tech support again, got a guy with a French accent this time who really didn't know what he was doing, tried the same thing over and over, kept asking me to hold while he "checked the system" to no avail.
Finally I gave up, told him never mind, most of them were not important anyhow and will be deleted.

Hopefully I can figure out how to do my wife's Outlook next week.

One thing that's cool though is now all my outlook folders appear in Gmail and on in my Aquamail account on my phone, moving emails, deleting them etc is synced in all my accounts, wasn't like that before.

This was discussed here:

OK, I take that back, it DOES work but am I the only person that thinks sorting your in box by ,sent date, just seems a little weird?

I suspect the migration messed with the received dates. Going forward those dates will likely be correct. 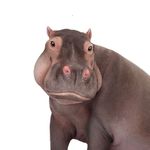