My laptop can't find my modem 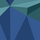 just got fibre installed a few days ago.  I got everything connected to the internet wirelessly, but my laptop can't seem to show my modem!  I'm running windows 10.  It show's my neighbours telus wireless networks fine, just not mine!

Possibly SSID broadcast is disabled on your modem? Do you have any other wireless devices you can use to check if it's showing up there?

I've just come across this issue too!

I have a friend that has a relatively new internet installation in his place, (< 3weeks).  He has been having issues getting his Wi-Fi SSID to show up on various devices so he can connect to it (i-phone, laptop). When I came over this evening though, his Wi-Fi SSID showed up and connected to my phone just fine. I know it's not an issue with the WiFi card in his laptop, since that laptop was connected to my tablet's hotspot for over a week while he waited for service to be connected to his unit.

Not having a PC that can connect via a wired connection makes things a little awkward when the wireless isn't showing up.  Could there be something that is masking the signal to some devices, but not others?  <-- I feel dumb for asking that, but I'm trying to get a grasp on what exactly is going on.

If I have to take my laptop to hardwire into the network to sort this out, that is something that I can do.  thanks in advance!!

Not having a PC that can connect via a wired connection makes things a little awkward when the wireless isn't showing up.

That is why I have 3 USB ethernet adapters just in case. At <$20 it's a cheap emergency tool. It's also good when you need to download big files like a major windows update or movies.