This seems to be the lightest 2.5Gbe ethernet switch I've found thus far. Has anyone got a lead on anything smaller/lighter/cheaper? Does Telus supply a 2.5Gbe single or multi port ONT to domestic customers when they get the 2.5GB service, and what is it/model/make if they do? I'm told the Nokia G-240G-A is not 2.5Gbe capable.

But the NH20A Hub does have a 2.5Gbe WAN I/O with a fiber feed to it, so that might be enough, other than the bottle necking of the hub being only a single 2.5Gbe I/O, and not a true multiport like a ONT or switch could be.

The NH20A appears to have a single 10gbe port on it and the rest are gigabit only.

Why go for commercial hardware, especially with PoE? Always pricey.

TRENDnet has 5 and 8 port 2.5Gbps switches starting at $175. Prices will start coming down as the switches become more common. Unless you have a 1.5gbps or higher connection, it may be an idea to hold off on a 2.5gbps switch for now and get one cheaper when it's more needed.


If you find a post useful, please give the author a "Like" or mark as an accepted solution if it solves your trouble. 🙂
TRENDnet 5-Port Unmanaged 2.5G Switch, 5 x 2.5GBASE-T Ports, 25Gbps Switching Capacity, Backwards Compatible with 10-100-1000Mbps Devices, Fanless,...
amazon.ca/TRENDnet-2-5GBASE-T-Compatible-10-100...
Expand your network's bandwidth and reduce digital bottlenecks with TRENDnet's Unmanaged 2.5G Switches. These 2.5G network switches come equipped with 2.5GBASE-T RJ-45 ports that provide higher gigabit speeds capable of up to 2.5Gbps over your existing Cat5e or better cabling. Each high-speed 2.5...
1 Kudo
Reply

Nice, well that's what I was asking about. Is there cheaper. Thank you. That said I still would like to have a 10Gbe single SFP I/O to an ISPs fiber feed, for future proofing. But that's pushing the time line of readiness for the future. I'd be happy just to have a 2.5Gbe connection to a mesh of APs around the property, even if the switch was bottlenecked by a single 2.5Gbe I/O to the ISP ONT. That would probably be enough for the next 5+ years.

POE is really nice for feeding ceiling mounted APs, so that there is less wires. Nice and clean.

It'll probably be required to be at least 300 - 500 W of POE to feed four WiFi6 high powered APs. I don't know about other people, but I'm sick of ethernet wires strewn throughout the home, around the house, through the walls...etc. WiFi6/6e is the way to go and having everything WiFi going forward is what I want. Having to only feed a few ceiling mounted APs with ether/POE is a no brainer. 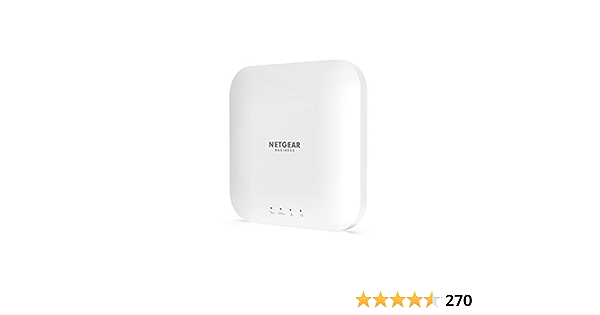 That's a bad choice. It has no POE for Ceiling mounted or remote mounted APs.