Telus messed up and I ended up paying them for it!!! 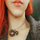 Last year my so was smashed and I bought the s20. I wanted device care for it as I have been doing that for all my phones since the device care started. I've had my s20 for over a year and a half now and the screen is now cracked. I went to go look at my device care and it said I didn't have any, even though I've been paying for it every month. I called and was told I had been paying for device care for my so this whole time. It took them 2 weeks to come up with a resolution, which was they could credit me $74, when I asked why not the full amount they informed me that because bI did not tell them about it in the first place they wouldn't credit me the full amount. I have been with Telus since 2007 and assumed they did their job correctly! I didn't notice until I actually needed to use the service that there was an error with it. They basically accused me of trying to play the system! When I brought that to their attention they offered me $140 credit. In the end I took the $140 credit because they would not credit me back the full amount of $180 ($9/month for 20 months). So they messed up, I can no longer get device care on my s20 and I gave them an extra $40 on top of it! What is happening to this company??? I'm not impressed at all, that is no way to treat a long time customer, I've never ever missed a payment in the 14 years I have been with them, and this is my thank you! Accusations and ripped off!!!!
0 Kudos
Reply
2 REPLIES 2

Hi @tristahx sorry to hear about the situation for your phone.  Is the 20 months account to when you first activated the new device?