Sony TV - no signal message after TV turned on

Got my new Bravia 900E TV, hooked it up to Pik TV box and configured Telus remote. When I press the Power button on the remote, it turns on both the media box and the TV, however the TV displays ‘no signal detected’. If I use Sony’s remote to switch to the Pik TV input, HDMI 1, it senses the signal and the image shows up. Did not have this problem with my older LG TV.

Has anyone else encountered this problem? I found a reference to a similar issue on Comcast forums. Someone suggested hat the TV boots up faster than the STB, so when it turns on, the input signal is not yet present. 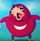 It occurs when the piktv box loses connection in standby mode while having the pik app open. (Aka the box was turned off while still in the app). This could be from a connection timeout or router reboot.

Only solution I've found is to unplug and plug in the pik tv box. A terrible glitch that still hasn't been fixed.
0 Kudos
Reply