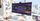 Hi, folks. Recently switched from Shaw to Telus with Optik TV. The installer set the TV boxes up as wireless, but I've switched them to ethernet for reliability (and the wireless signal is definitely not strong enough for 4K content in one room).

I have three boxes. One is wired Telus router -> Trendnet TEG-S80g switch -> TV box (DVR). That one works fine. The other two are wired router -> house ethernet -> switch -> TV box (non-DVR). Both of those work...almost fine. Every HD channel I've tried works great. But if I tune a 4K channel, it plays for a few seconds then freezes.

I've read some threads about this being caused by IGMP filtering, but they don't quite seem to match my case. If that were the problem you'd think HD channels wouldn't work properly either, right? And I've tried four different dumb switch models so far, including a TEG-S82g (closest I could find to the working TEG-S80g; it's two generations later, my store doesn't sell the older models any more). Same problem with all of them. The switches are definitely the problem somehow, though - if I temporarily run the TV boxes straight out of the house ethernet, they work fine. Of course, this isn't practical because then I can't connect anything else in the same room via ethernet.

Anyone else run across this? Anything I can do besides trying more models of switch till I get lucky? Thanks!

Huh, so I think I figured this out, although it's very odd. I found it wasn't the switch causing the problem, exactly - I could trigger it at will by plugging in certain devices. At first I thought the cables to those devices were the issue, but that doesn't seem to be it either. It seems like the problem happens if there's a computer connected to the same switch as the TV box, which has never been turned on since the TV box was connected to the switch. I had media centre PCs connected to all the affected switches which hadn't been turned on since I set up the boxes. If I unplugged them, the problem didn't happen. As soon as I plugged them in, a few seconds later a 4K stream playing on the box connected to the same switch would freeze. Unplug it and the stream picked up again, plug it in and it froze. I could trigger the same problem with a laptop that was turned off.

If I turned the computer on then connected it to the switch, no problem. If I then powered it off again, still no problem.

If I connect the system with the same cable to a different switch that's on the same network (but not directly connected to the same switch as a TV box), no problem.

It almost seems like the box was trying to figure out something about the computer and needed it to be powered on to respond (and maybe make clear that, no, it's not another IPTV box, or something). Then it presumably logs its MAC address or something and doesn't get stuck even if it sees it in the powered off state again?

Really weird bug. But anyway, now I have a working setup, and a bunch of unnecessary replacement switches and cables to return...

sundancedave
Just Moved In
In response to adamwill
Options

Just a quick question, looking at switching to Telus, we are getting fibre in the area soon.  Just how did you connect multiple TV's with ethernet cable?  Telus reps tell my I have to go wireless for the second TV.  I have ethernet all over my home and would rather go ethernet for the reasons you did, greater reliability.  Do you just plug an ethernet cable into the back of the second boxes?  Disappointing nobody likes the wired solutions, I have always found wired connections give less trouble over the long run than wireless connectivity.

The wireless boxes have ethernet jacks on them as well. Sales may just push the wireless more as it allows people more freedom as to where their TV is located if ethernet isn't available. If you have existing ethernet in place, the installer is most likely going to use that if possible. The location the fibre comes into the house may not be near where your ethernet lines all meet so you may have to figure a few things out at install time.


If you find a post useful, please give the author a "Like" or mark as an accepted solution if it solves your trouble. 🙂
3 Kudos
Reply

As Nighthawk said, the wireless boxes have ethernet ports on them. All I had to do was connect them and then reset the box (the reset seemed to be needed for the box to take the change - to reset, hold the power button down for 5-10 seconds). And yeah, I agree, I prefer wired for anything like streaming media. All my Sonos devices are on ethernet too!

Further update - seems the problem comes back after a while. So to avoid it being constantly a pain, I put the Telus box and the offending computers (which are Intel NUCs, BTW) on different switches in each room. In each room I have a main switch coming off the wall socket, and a wifi mesh node connected to that switch; the wifi mesh nodes also act as ethernet switches, and if I plug the HTPCs into the mesh modes instead of directly into the same switch as the Telus box, the bug seems to go away. Still a weird issue, though.

I have same issue here in my house with Telus Fibre. Could you please let me know what the gateway and wifi mesh you have when the issue happened?