Where is the customer service.

Just finished watching the new customer service commercials and had to laugh.  How far that illustrates from my actual experience.  Signed up for a mobile plan Aug 10 and transferred my landline number to my new cell.

Problem #1.  The guy at the store told me it would take 2 - 3 business days for everything to be set up.  That was on a Wednesday.  The following Wednesday I go back to the store because I can use my cell for some calls but essentially my landline was still working and the cell was not really.  Because I was going out of town the following week I really wanted this resolved.  No problem he says.  Definitely will be finished in the next day or two.  In the end it was not all done until Aug 23 - 8 full business days.  No explanation, no apology, no communication of any sort related to the extreme delay.

Problem #2.  Because I got my phone on the 10th and my landline billing cycle was paid to Aug 24 I was going to be double billed for the overlap.  To be fair the customer service chat person did arrange a 1 week refund.

Problem #3.  I never ever received any info on billing.  Finally I contacted telus via chat and found out I was 1 month behind (ie. now overdue) and a 2nd bill had been issued.  The chat person basically told me I had set up electronic billing but needed to set up to get reminders that a bill was available.  Wouldn't do anything further for me even though I pointed out I was a NEW customer and surely I should get some info so I would know this stuff.  Apparently because I had a telus mobile phone in the past (cancelled 7 months earlier) my billing site was still set up with the electronic billing with without the reminders turned on... which BTW they were previously.  How I am magically suppose to know this still eludes me.  The few dollars I was charged interest on my overdue bill is not going to break the bank but definitely left me feeling unhappy with telus.

Problem #4.  Now for the biggie!  I bought a 300 min per month phone plan with evenings/weekends unlimited.  I was debating between this and unlimited plan and the risk of going over the 300 minutes.  The sales guy at the store said, no problem/no risk to try the 300 min plan because if I got near the that limit I WOULD BE NOTIFIED BY TELUS and I wouldn't go over the limit without knowing about it.  NEVER WAS NOTIFIED, and in the 2nd billing cycle here I find myself suddenly with around $40 of extra charges because I went over my 300 minutes.  And the overage charge is a whopping $2 per minute.  My bad for going over, that is on me.  BUT why would the sales guy tell me something that clearly IS NOT TRUE.  If I had not gotten his advise I would have just bought the unlimited plan in the first place.  I am on the hook for 2 years because that is the commitment with my current phone but right how this previously really happy telus customer is really pissed off and unlikely to continue to be a telus customer beyond that time.

So, the upshot of my rant, don't trust the sales guys at the telus stores to have any clue what they are talking about.  Their job seems to be to get your money for a phone and a plan and then you are on your own.  The cheerful and helpful telus customer service rep shown on the commercials... well she must just be an actor.

Sorry to hear about your experience LJM, maybe I can clarify a few things for you:

Problem #1. Landline to Cell phone transfers should only take 48 hours, especially if it is Telus to Telus. The sales rep should have given you our Porting center number who are experts in this. You also receive a friendly text message during any sort of complications to the cell phone. During the 48 hours you will have mixed service between both devices. If it took 8 days, which you said it did and if the chat girl gave you a refund did, i'm assuming the Porting people also confirmed it did, I can't fathom who messed up the order or why it would take so long. So the sales rep was right about the 48 hours part.

Problem #3 then. You are automatically put on ebill and the system sends you an email asking you to complete your profile. You also get a welcome to Telus email and you should get a Welcome call from our dedicated team like you saw in the commercials covering all these areas. These areas should all cover that you have to sign up for an SMS notification or an email notification. Due to new regulations by the CRTC we can no longer automatically send you these things because it violates privacy laws. You have to finish completing your profile by picking a password, then choose whether you wish to receive an email, sms or paperbill. The Telus service terms do talk about the 2% late payment fees that do apply once the bill is past due. If you are still not happy with the service your received you are still more than welcome to call back in or chat back in or email in to Telus 🙂

Problem #4. Your overage rate is not $2 per minute and you will not be notified for voice minute overage rates. Your overage rates are .50 per min for local mins (over the 300 airtime) and long distance minutes. You will ONLY be notified about data overages. You will be automatically notified at 75%, 90%, 100%, $10, $50 you will be blocked and have to consent to more overages. You do not want to rely upon these overages. You are best to monitor your data usage on the free app once you have created a profile on telus.com. You can sign yourself up for free weekly text messages about your voice minute usage called an airtime summary notification online or by calling/chatting us as well 🙂

Hope some of this information was helpful!

Mobility Client Care Rep
0 Likes
Most Popular Neighbours in this board
Neighbours with the most likes in the past month.
1. 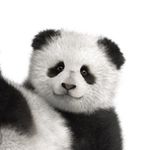