A Small Warning If You Had E-Mail Problems Last Week -- Maybe Change Your Password...

I'm one of the people who had that e-mail outage last weekend.  It got resolved (as we all know), but today something happened that I suspect may be a result of that.  When I tried to get my e-mail this morning on Outlook, I had an Outlook message come up for each of my Telus e-mail addresses saying that the passwords were incorrect.

I went to the Webmail and when I attempted to login, it also said my login was incorrect and it gave that "try 10 times and you're locked out" line.  I'd just gone to the Webmail the night before without difficulty.

I phoned Telus and the only thing to do was to change my password, which I did with the assistance of an agent as I couldn't login to do it myself.  When I made my new password, I saw Telus' parameters and it was clear that my current, now invalid password had some parameters that Telus no longer accepted.  The password I had didn't have a number and had a certain character Telus didn't like (to name two examples).  But my password wasn't a problem until this morning.

I started thinking about the "why" of it all and it occurred to me that somehow this might be a by-product of the e-mail outage because (let's face it) we'll never know why that odd outage really happened in the first place.  My theory is that they changed the security in some way on the e-mail, which changed the parameters for the passwords and since mine wasn't within them, it made my password invalid.  And of course, there was no warning that this would happen.

So I'm suggesting that if you had the e-mail problems and you can still access your Webmail, you might consider changing your password proactively while you can still get in.  If your password doesn't have a number, isn't at least eight characters, doesn't have a capital letter and has a weird character of some kind that isn't one of the weird characters Telus will accept (sorry, I don't recall them all off the top of my head), maybe this will happen to you.  I don't know of course, I'm just posting it here to let people know what happened to me.

I get that message occasionally it has no bearing on the outage last week. Just your credentials weren't verified on the server.

@WestCoasterBC  I know the thing you're talking about and this was something completely different.  My password was completely disabled on Webmail and for all of my e-mail aliases as well, each of which was entered individually in Outlook.

Do you mean your ACCOUNT was disabled, not your password? Yes, that's a different thing.
0 Kudos
Reply

No, I mean my password.  Imagine if you typed your password into the Webmail incorrectly.  What happened was exactly that.  As if I was using the wrong password, but I was not.

I will also say the the tech support agent was perplexed as well and this was the reason she wanted to do the password reset on her end.  Once she did, I was able to login to the Webmail with the password she set.  At that point, it generated the screen to make a new password.  This was when I saw the parameters, which were clearly different than those I'd use previously or it wouldn't have let me set the password I had in the first place.  Once I created a new password within the parameters, all was good and has been since.

I logged on to Webmail without any issues and my password doesn't meet the new minimum requirements.

I was prompted to change my password however since it's been more than 6 months.

You should set your account recovery information from Webmail. 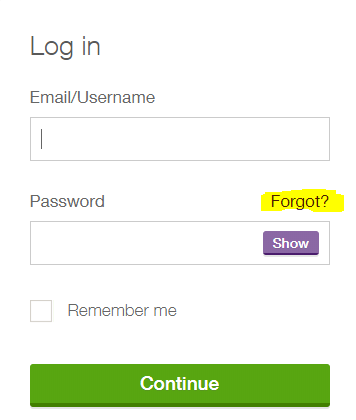