HelpSign In
Turn on suggestions
Auto-suggest helps you quickly narrow down your search results by suggesting possible matches as you type.
Showing results for
Show  only  | Search instead for
Did you mean:

Game On - Gamers Lounge & The Division 2

Welcome! Before we get to the awesome Tom Clancy’s The Division 2 we wanted to invite you to join our new Gamers Lounge over at our TELUS Neighbourhood community! It’s our new chat group where you can join other fellow gamers and discuss all things gaming. Digging the new Battle Pass in Apex Legends? Need help with that latest Fortnite challenge? You’ve come to the right place! Come check it out!

Now, down to business with a game that I’ve easily sunk 70+ hours in to already. One of 2019’s most anticipated games is here, and it’s definitely lived up to the hype. Tom Clancy’s The Division 2 takes everything you loved from the first Division title and improves on it in every way. Set in Washington DC soon after the events of the first game, a terrible virus has crippled the world and factions of criminals run rampant. Enter once again, The Division…an army of civilian sleeper cells that fight to bring back law and order in one of the most robust and action-packed loot shooter RPG’s you’ll ever play.

For anyone new to The Division series, this is a 3rd person over the shoulder cover-based loot shooter at heart, with fast paced missions in a number of real life locations. Solid combat mechanics and team based warfare are your allies as each battle relies on diving and jumping from cover to cover as enemies attack from multiple sides. Taking down that final faction leader will land you that coveted loot drop...and this is where the RPG elements of this game really make it stand apart from all others. There are a number of loot shooters (looking at you, Destiny) on the market, but none are as deep and engrossing as The Division 2.

A massively impressive selection of weapons, armor, skills, and abilities can be upgraded and tweaked as you level up throughout the campaign. While many of the game’s activities and missions can be taken on solo, setting out with your friends in tow is that much more satisfying. I feel that this game has one of the best endgames in the current gaming world, and the different builds you can use with your character are basically endless. Gear can be sold or broken down into components to help you for the next encounter. I especially enjoy crafting better guns and armor to better suit my play style, and the deep customization means I can try different strategies for each mission. However you take on your next battle, kicking in the door with guns blazing or coordinating a drone strike from across the street, the combat is satisfying and immersive from start to finish. There is so much opportunity to experiment and explore the skills and progression system, I can’t say enough about how much fun I’m having with this game. 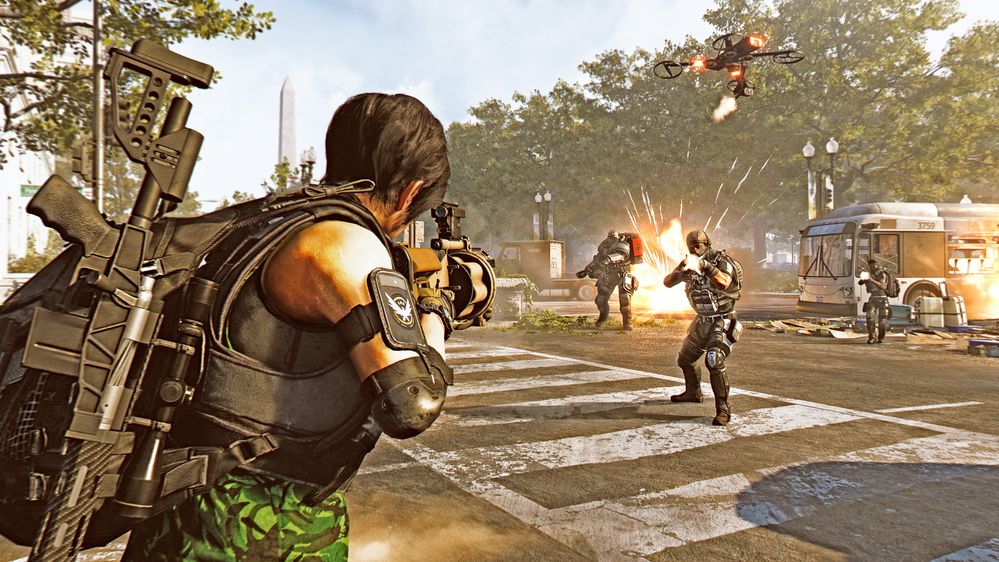 I can’t wait to jump in to the next free content update, and look forward to all the DLC that Ubisoft has planned for The Division 2. You can pick up your copy for Xbox One, PS4, and PC and join in the fight. Let me know in the comments if you plan on picking this game up, or if you’re already enjoying it!

Didn't try the game yet but good comments about it. My old time gamer friend told me that it reminded him of the "terrorist hunt" in Rainbox Six Vegas 2, that was a classic game 🙂

I'm loving this game so far...they've polished it so much over and above the first Division title.