I'm using a Samsung tv, with an Onkyo receiver and a PS4. I've always been able to use the hdmi-cec (Anynet+) features of all 3 to have them all turn on/shut off simultaneously. So turning on the PS4 will automatically turn on the TV, turn on the Receiver, and set the input to the correct one. Turning off the PS4 would automatically turn off the TV/Receiver.

A Telus tech recently swapped out an older dead pvr box we had with a newer Cisco 6016 model. Since then the hdmi-cec feature of my TV/Receiver/PS4 no longer works.

If I unplug the hdmi cable from the Telus box then everything starts working again.

Anyone know of a fix for this? I read that the new 4K box had the same issue and was recently fixed with a firmware update.

If available as a "test" trying using another HDMI port on the TV.

It does the same thing when plugged into any port on the TV or the Receiver.

What are your connections setup? Are you passing the HDMI through the Onyko Receiver?

All devices are plugged into the Onkyo receiver. I then use the ARC connection from the TV.

I've tried plugging the Optik box directly into the TV, but it does the same thing.

I'll check mine on anynet when i get home. See if i can replicate the issue, since i had a 6015 i never bothered using it on anynet.

Did you happen to get a chance to test this?  Thanks

I have the exact same problem. Is there a solution for this. It took me three hours of trouble shooting to figure out that all the problems happen when the Telus Cisco IPV6015 is plugged into the system. Then everything is screwed up.

Cavok
Resident
Did you ever find a fix? I have the exact same problem with my Sony Bravia, my PS3 and the optik pvr receiver (IPV6015).

When my old receiver was connected everything would switch back and forth no problem. Soon as new box was plugged in everything stopped.
0 Likes

Ehjaytee
Neighbour
I have a toshiba tv, arris vip5662 reciever, and xbox one, run direct to separate hdmi ports and have similar problems, whe the optik is connected all button functions for tv (both via remote and buttons on tv) will be unresponsive until the power on tv is held for a while, then tv will turn off, and when turned back on functions normally for a while...
0 Likes

I have never seen an HDMI input lockup a tvs software. If you have another tv, test the Optik receiver on it. See if you can duplicate your issue.

Ehjaytee
Neighbour
Tv is a toshiba 50L2200U. It is a 2011 or 12 model, it is not a smart tv and doesnt have internet connectivity so no updates. I have not tried switching tvs but my family has said similar things happen to our samsung tv with the 2nd reciever of the same model. I have yet to confirm this though.
0 Likes

I just got a new TV box today. Exact same problem. Any solutions?

the only way I have been able to fix this issue is to ask for an old set top box   the ISB7050  works for me if you can get one. I have been complaining about this for about two years and they don't even recognize they have a problem. Which makes me think they are not even trying to fix it. Does anyone know if Shaw has the same problem with there boxes? Its getting to time switch if they are not even going to fix it.   I think this is the reason for all this   https://www.telus.com/en/bc/support/article/hdmi-troubleshooting      we need to have the following types of HDCP compliant connections. If you don't than your **bleep** out of luck.    I'm looking for a new cable provider.

Is this thread dead? should we start a new one? or is someone looking into this still?

Community Power User
It has also been discussed in a number of other threads. One suggestion has been there is an issue between older and newer HDMI standards and devices not talking to one another. Have a further look by searching for HDMI in the search section at the top of the page.
NFtoBC
If you find a post useful, please give the author a "Like"
1 Like

The Cisco IPV6015 boxes are crap and do not comply with HDMI ARC standards. I have dealt with this box on numerous systems from Sony, Samsung, and Sharp TVs combined with Samsung, Onkyo, Harmon Kardon, and Sony Receivers/soundbars, and I can say that when this piece of crap from Telus is connected in a setup where you rely on using one ARC cable to transmit sound and picture to a home theatre setup, it will cause nothing but problems. I am not sure why they still use this box. The units from Shaw and Novus all work perfectly, this unit does not. So you are left with having to unplug it from the system when you want everything else to work correctly and then plug it back in when you want to watch TV. Telus' lack of concern on this issue is why I will never use them again. Choose any other provider and you won't have this problem.

This was super frustrating as i recently got swapped over to this box and all my auto-switching between input for my chromecast and apple tv stopped working. I found an easy workaround in the meantime. Pick up this which disconnects pin 13 from the hdmi cable going into the telus box 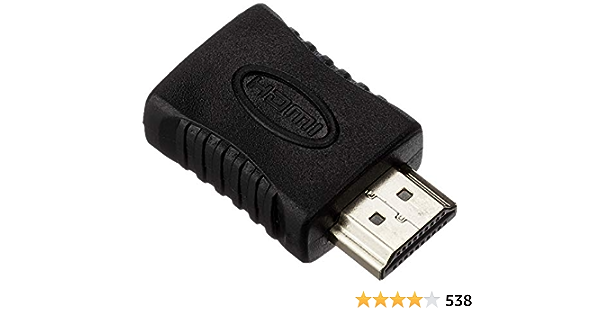 I have a new VIZIO TV and recently got a soundbar and it's connected directly to tv via HDMI ARC. It will be non discoverable by the TV unless I disconnect the HDMI cable to my TELUS IPV5050 is hooked up to. I found this forum through a search and seems like I'm not only one having this problem! It's not my cables are HDMI ports on tv - I tried mixing matching all and finally narrowed the problem to this Telus TV box.

Why does this TELUS IPV5050 box cause connection issues for other CEC devices? What's the resolution I can't use my soundbar because of this box causing it. Are there newer boxes that fix this problem?

Please do not post the same thing multiple times. Once is sufficient.


If you find a post useful, please give the author a "Like" or mark as an accepted solution if it solves your trouble. 🙂
0 Likes
Most Popular Neighbours in this board
Neighbours with the most likes in the past month.
1.