Huawei Loses Rights To Use Android!

What does this mean for anyone who purchased a Huawei device through Telus? No more security or OS updates for all Huawei devices, effective immediately! All Huawei devices will also lose access to Google Play, GMail, and all other Google services.

Huawei has developed its own in house OS in case it was banned in the USA. That being said see what happens in the weeks and months ahead. Canada hasn’t banned Huawei, and a person can always sideload apks regardless.

The article states “the next version of its smartphones outside of China will also lose access to popular applications and services including the Google Play Store and Gmail app,” Reuters noted.”

The article here is more in depth.

Huawei's OS is far from ready. Sideloading or installing apps from other sources is usually beyond the average user. ASOP isn't bad but that would be close to running a third world version of Android, if they can use it. Android is owned by Google.

This change does somewhat devalue their devices. What Canadian carrier is going to continue purchasing devices from Huawei in the future? Probably none, because all of our Canadian carrier bulk order devices together to get the best price.
0 Kudos
Reply

A 90 day lift of the ban to support their current products has been granted. I can't see them getting a new OS out in a polished fashion in that time. At the very least, this gives some Huawei owners a little hope that the issues with the US can potentially be worked on.

Pretty good take here. I think the point is if you have a phone, you’ll be locked to what you have for software.

In in terms of their ability to survive, don’t underestimate Chinese patriotism. There are hundreds of millions of users and don need Google Play. WeChat and other such services are massive in their ability to meet the needs of the market (see here for an explainer: https://9to5mac.com/2019/01/03/apple-iphone-china-trouble-wechat/).

The long and short is in North America, Huawei will get dated quickly and may lose access to apps on the App Store. This may not affect their ability to survive long term, but they may not return to Android, and just stick with their own OS, especially if it takes off in China. 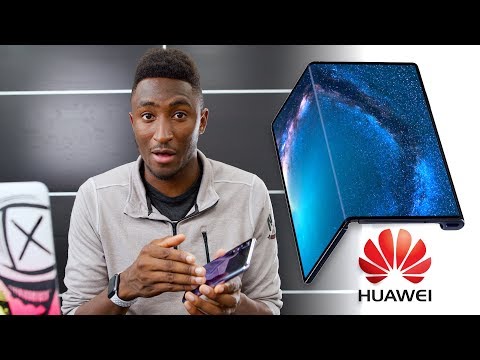 The Huawei Ban: Explained!
youtu.be/qZGpmWrVSaU
Huawei flagships without Google or Android? This is everything you need to know.Fingers crossed Huawei can resolve things. For the sake of competition.Source...
0 Kudos
Reply

As the owner of a Chinese Xiaomi Mi MIX 3, I can definitely agree with the amount of alternatives they already have to everything.  The Xiaomi Mi Store has just about everything the Google Play Store could offer and a whole lot more for free.  Sideloading Google Services and Google Play isn't hard.  They even have an app in their store to do it for you, if you want to go that route. Samsung has their own store as well on their devices that come with everything Google and Amazon have their own app store for Android as well.  More app stores and competition isn't a bad thing.

The Huawei OS that will support Android apps should be interesting.  Unfortunately, Huawei has stated it won't potentially be available until early next year.  What are they going to do now though that ARM has stated they are going to cease doing business with Huawei?  The road for Huawei is definitely getting tougher.  If they weren't a company of the Chinese State, they probably wouldn't have most of these issues with the world's governments and backdoors in their network technologies that make counties like the US cautious while Canada blindly and naively sells out to the lowest bidder without a second though.

Personally, I hope Telus and our other carriers look at picking up other Chinese devices to sell while this mess gets stored out.  I really like Xiaomi's Mi MIX line and I have some friends that purchased Pocophone F1's that really enjoy them.  OnePlus down here on T-Mobile is also a really nice exclusive that I think Canadian's would welcome.  The OnePlus 7 Pro is an excellent device that comes in a few hundred cheaper than most other flagships and is fully compatible with all of the Canadian spectrum right out of the box.

I expect the USA will ban more Chinese manufacturers from Android before this is finally sorted. If so, adding more ‘soon to be excluded’ phones to their lineup makes little sense.

ZTE was once banned but I don't see any others being banned by the Trump Administration.  The ban isn't a competitive standpoint, but one of national security.  Huawei is a company of the Chinese Federal Government, kind of like the LCBO is a company of Ontario's Provincial Government.

EE and other European company have now opted out of doing business with Huawei.  EE, which includes Deutsche Telekom (T-Mobile) and many other mobile providers around the world, is a massive mobile provider globally and a big step towards addressing the potential security risks of the Chinese Government providing cellular infrastructure globally.

Huawei is also well known for stealing trade secrets, offering payouts to rival company employees for trade secrets, reverse engineering competitors products, and many patent infringements.  Sure, most companies have infringed on some other company's patents at some point, but the other aspects are cause for concern.  They didn't get to the top by being innovative.

Fair points but I think the way people use Android and iOS in North America and the way people in Asia use smartphones are different on a cultural level. Asking the average user to side load is not going to fly. Most people (i.e., those that don’t hang around on forums like this!) just want a phone that works, let’s them text, and get the odd app. I agree that some of the Chinese Android phones are cool, especially the One Plus 7 Pro, but many are only ever geared towards low income markets like China and India.